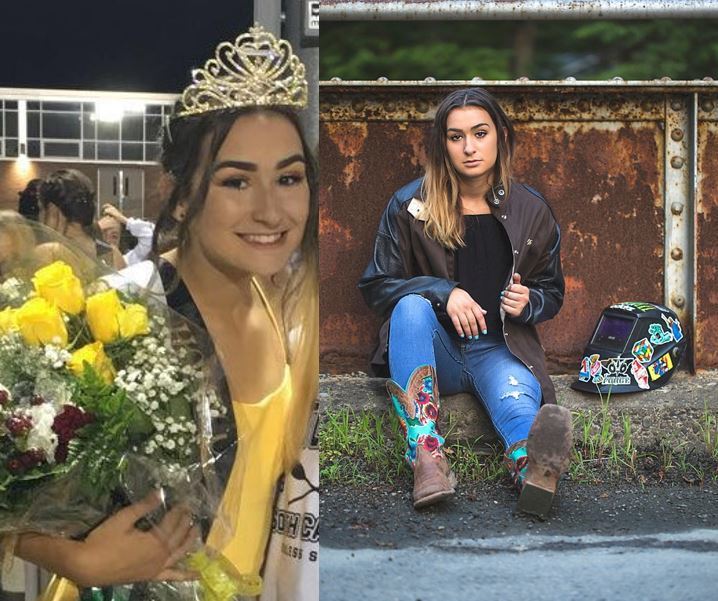 A Welding Helmet and a Crown

Congratulations to Bailey Dakos, senior in Welding Technology and 2019 Athens High School Homecoming Queen. As a non-traditional student in a predominantly male Program of Study, Bailey provides an inspirational message for other young women; you can have it all. Bailey says that she was ready to clap for someone else and was very surprised when they called her name as the Homecoming Queen. Not used to being the center of attention, Bailey says she thinks of herself as the “little welder girl from Northern Tier.” Bailey has also represented Athens High School on the soccer field for four years. Her interest in welding was sparked by her dad, as she grew up around it and wanted to learn more about what he does. She states that she now loves welding and has no regrets about choosing this pathway. As the only female in her class, she encourages other girls to, “not be afraid of anyone’s judgment or let it keep you from doing what you want to do.” Bailey says that the Welding Technology program has opened possibilities for her in the future that she would not have had otherwise. Still unsure whether she’ll pursue an engineering degree to be an inspector or join the industry as a welder right away, those who know her have no doubts that she will be extremely successful.